It's that time again where we look back on the year that was and try to sift through the countless releases to try work out what we enjoyed most. This year was a little more difficult than others seeing as they were countless good releases which I enjoyed but I wanted to find the stuff that more than just good but a classic that will live up to repeated listening and at the end of next year I will still be listening to. So here it is the top 10 full length releases as chosen by one half of the Connections team:
Joe Bonamassa - Blues of Desperation

It’s Joe Bonamassa doing what he does best. One of the many keepers of the flame of so called modern blues he keeps championing the genre pushing boundaries and paying tribute to the masters and does it all effortlessly


Leonard Cohen - You Want It Darker

He gifted us with one last album just weeks before his death. Admittedly I have never been his biggest fan but this album is flawless from start to finish.

Everyone’s favourite funk/soul songstress goes 80’s pop on this release. What’s there not to like about this…? released just as This Girl (which is actually a Cooking on 3 Burners tune, let’s not forget that) was becoming a mega hit the timing could not have been more perfect

Soulful blues from local Melbourne band this album is an absolute pleasure to listen to and has been getting regular spins ever since I got my hands on it.

Dr Albert Flipout's one CAN band -
Don't you call my name

My favourite one man band does it again. Look past the initial novelty factor and you will quickly realise that this is a great songwriter who knows his craft & can write some serious choons
Full review here 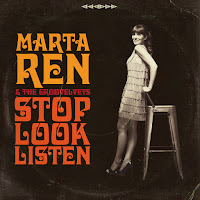 A funky soul release that sounds like it could have been released n the STAX label sometime in the mid 60’s. The Italy based Record Kicks label continue to release fantastic records that will fill the floor with people doing their best Northern Soul dance moves

Oz Noy - Who Gives A Funk

Collaborations abound on this release by Oz Noy who’s guitar virtuosity is up there with the best of them but he still knows the golden rule of “The Song Is King” Oz is a jack of all genres & a master of all of them. The title of this release says it all

Psych blues rockers Child pick up where they left off with their debut release & it’s everything you could expect it to be. If they continue releasing music of this calibre it won’t be long before they start getting noticed in a big way outside the land of OZ

Various Artists - Back In Blue - A Blues Tribute to AC/DC

A who's who of somewhat lesser know Australian artists (i.e. you won't find them being played on mainstream radio or on Sunday morning music TV programs) come together to pay tribute to perhaps the best known & best selling Australian album & all for a good cause.

Well that's my list as it stands today, ask me tomorrow and it may be completely different. There's more than a few "honorable mentions" I could list but that may be a list for another time.
Posted by Musicman at 14:26