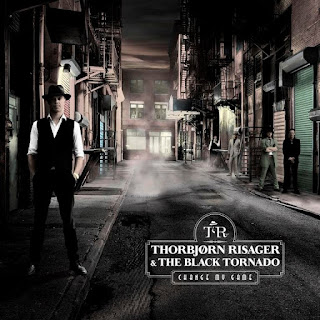 Giggidy! It's HERE! To say I have been anticipating this release with baited breath would be a major understatement and it is everything I hoped it would be.
Picking up where they left off with their previous studio release Too Many Roads Thorbjorn Risager & The Black Tornado is a band that only recently has been getting the worldwide attention they deserve for the music they have been playing for the last 10+ years throughout stages in Europe. With a sound that is equal parts Blues, Soul & New Orleans Jazz what is there not to love? Hailing from Denmark it's a wonder how this band has gone unnoticed outside of Europe for so long given the quality of their releases.
Given that this band are known for their high energy driving blues sound it's interesting that the opening track "I Used To Love You" of the newly released Change My Game album is a ballad. A great brooding song with low key trumpets, keys and a muted guitar riff that will have you swaying to it's rhythm it still feels somewhat out of place as an opening track.
Track 2 "Dreamland" is where things kick into high gear with the signature Black Tornado sound. While Thorbjorn and co. are mostly sticking to their well known winning formula there are still some other influences/sounds creeping in on this album. The title track "Change My Game" has definite funk elements coming through on it with the use of Wah laden guitar and an almost 70's disco sounding Drum beat and keyboard sound, while "Hard Time" has a distinct Country twang to its chorus.
"Hold My Lover" is almost like Deep Purple with horns while songs like "Train" "Hollar N Moan" and the closer "City Of Love" stick to the more straightforward driving blues sound that we have come to know and love from this band.
Overall Thorbjorn Risager & The Black Tornado have delivered an outstanding release that lives up to the high standard this band has become known for and which will most definitely leave you wanting more. This is an album that will surely be on heavy rotation for the next couple of months at least and while we are only one month into the year I don't think it's a stretch to say that this release is going to be one of the highlights of 2017.

Posted by Musicman at 21:12 No comments: 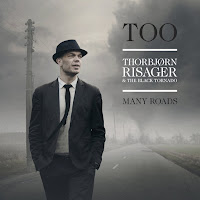 Thorbjorn Risager & The Black Tornado - Too Many Roads

Another brilliant release from Ruf Records this label can do no wrong in my eyes (or should that be ears?) Horns, Hammond, Blues shuffles and gravelly lead vocals with with Soul style backing vocals. Bring on the 20th of Jan & the release of the new Album 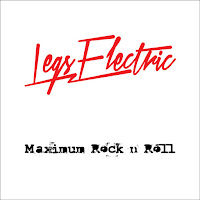 This band rocks! that's all that need be said get their EP & play it loud. Full review here 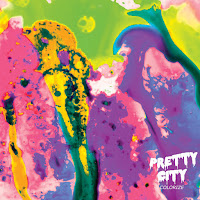 I walked into the Spotted Mallard to catch a T Rex tribute show thinking to myself "this should be cool". While there were a small handful of T Rex tunes played by the band on stage the majority of the tunes were originals. After the band had finished up I practically ran up to the stage at the end of the set to buy the bands album. These were the guys. Blown away I was! 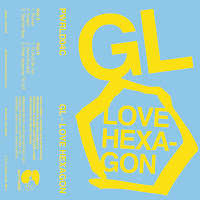 GL - Love Hexagon
I was aware of these guys already but had never sat down to listen to what they had released until earlier this year. With Ella Thompson on Vocals and Graeme Pogson of The Bamboos on Drums, Programming etc their sound hearkens back to the synthpop acts that were all over the radio in the 80's. These guys are just brilliant, I know finally know what everyone else was raving on about. Now I just have to get my hands on a copy of their full length release Touch. 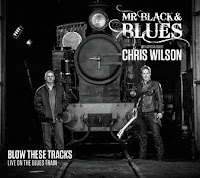 Longtime organiser of the Cotton Club blues nights at the Spotted Mallard I had seen him play there previously and thought he was great I was reminded again of this when I caught him playing for the last Cotton Club session of 2016 and had to buy his albums.
This one in particular recorded with Chris Wilson live on the Queenscliff Blues Train is especially brilliant
Posted by Musicman at 20:52 No comments: