Ann Vriend is an artist with one hell of a set of pipes and some seriously catchy tunes. I found out about Ann while listening to the radio and heard her talking about her Australian shows. Her EP Anybodys Different was floating around PBS also so I grabbed myself a copy and was hooked.
Her tunes range from Pop to Soul to Gospel to Jazz to Reggae and more and goddam are they catchy!
Here's her song Real Love which I heard on the radio and instantly made me sit up and take notice.

The Hypnomen hail from Helsinki in Finland a country whose music scene is well worth looking into! The sound of this band is essentially Psych Rock/Pop but with Latin and Afrobeat elements on occassion. When I stumbled across them I knew I had to play one of their tunes on the radio but which one?! They're all pretty freaking awesome! Is was a tough decision but in the end I went with this one:
P.S. Even Heather of The Psych Ward liked them enough to play them on the radio that's how good they are!

Frank Sultana is a Sydney based Blues man but he is no stranger to Melbourne town. He makes the sojourn south of the border at least once a year to make an appearance at the regular Blues Roulette night at The Catfish and I finally managed to catch one of him playing this year and I will most certainly be keeping an eye out for his next visit south. Here is a video of him doing his thang:


Grainne Duffy is a Blues Singer/Guitarist of the highest order. The highest compliment I can pay her is that she has SOUL. The tunes are catchy, her guitar playing is flashy where it needs to be, chugs along nicely when needed and her slide playing is just... wow! Add to all this that her vocals have an almost whisky soaked southern USA drawl to them despite the fact that she hails from a small town in the North of Ireland and you have all the perfect ingredients for a blues player.
Discovered due to the fact that she was touring through Europe with another favourite Blues act Thorbjorn Risager And The Black Tornado (a 2017 top 10 inclusion) I figured if she has the tick of approval from these guys she must be good and I was not wrong. If only that double bill would head down to OZ! Song no. 1 from her live album, the 1st song of hers i heard


Grey River & The Smoky Mountain were recommended by good friend Mickey Pantelous who also happens to be a great bluesman. Bluesgrass, Americana, Sea Shanties is the labels which are probably most fitting labels for this band . They released their first full length album Captain Death late in 2017 and it is brilliant! If they weren't recommended to me I would likely not have discovered them as I usually am averse to anything labelled Bluesgrass so this was a pleasant surprise. And what a great album cover!
Song no. 1 from their most recent release which is the 1st song of theirs I heard

Posted by Musicman at 22:14 No comments:

It's Child doing what Child do best and that 's all that really needs to be said. But just in case you are not familiar with what Child do: they bring heavy psychedelic drawn out slow blues jams and have been doing so for a few years now.
Everything they have released to date is awesome and this 3 track EP simply titled I is no different. 2 original tunes and one cover of The Other Song from the band Spirit (yes that Spirit) that, while it doesn't stray too much from the original version still has a distinctly Child spin to it.
As for the remaining 2 songs, Going Down Swinging is the obligatory lengthier tune which you could see turning into a 30+ minute jam on stage and Age Has Left Me Behind is a surprisingly short and to the point tune that still has those Blues lead lines from Singer/Guitarist Mathias while the rhythm section of Michael and Danny keep the train steady on the tracks. Other quality release from this band as we have come to expect.


So apparently some of the members of this band

Clockwork Wolf & Co. are quite well known. Personally though I didn't know the name or work of any of these fellows previous to this. Discovered on the bandcamp.com website while looking for new tunes they're labelled as Blues Rock hailing from Brighton, England. I like Blues Rock and I like British Blues Rock even more... the cover looks kinda cool also so... Well shite goddam these are some tasty tunes! Similar in style to Child but less on the psych side and more just slower paced Blues Rock tunes in the classic British Blues style this is a band briging much excitement to the ears of this radio show host.

4 songs clocking in at a little under 30 minutes composed, produced, performed by Thanos of Out Of The Earth and Hazy Blue Something. Cinematic is the name of this release which is simple and to the point. It's kinda background music but not in a bad way, it's atmospheric but in a Paris, Texas kind of way.
A soundtrack to an imaginary film, this is chill out music in a non Cafe Del Mar kind of way (thank the gods for that!).
A great little release that slipped out with very little fanfare, there is much to be enjoyed in the simplicity of this one. 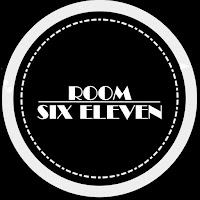 Room Six Eleven are a straight ahead feel good soul/funk band with only this one little EP to their credit so far. This EP makes it onto this "Best Of" list on the strength of the tune Bad Times which cannot get enough of.

That's not to say the rest of the EP is not any good, far from it in fact (despite the Rap/Hip-Hop vocals on the intro tune Big Bad Wolf) This band is TIGHT with funky Organ, Horns adding colour where needed and distorted guitar riffs which gives these tunes some added rock credibility. As solid a debut as any I have heard.


OK I'm cheating slightly with this one seeing as this
Posted by Musicman at 11:28 No comments:

Altin Gun released their first single from the album On back in mid 2017 as a bit a teaser. To say it whetted my appetite and made me eager to hear more from them would be quite the understatement.
In early 2018 the full length album dropped and it was everything I was hoping it would be. Mixing traditional sounds from Turkey together with psych, funk and afrobeat elements (amongst other things) this album is a whole lot of fun.
From the opening Drums beats of the lead track Tatli Dile Guler Yuze which lead into a great psychedelic Saz riff which repeats throughout the song to the Bass and Cowbell beats of the album closer Seker Oglan  (the only lengthier tune of the set) this album is designed to get your foot tapping and get you singing along, even if you have no idea what the lyrics are because it's all sung in Turkish, and I would say it succeeds in achieving this goal in spades. Bring on album number 2!
P.S. Big thanks to Heather of The Psych Ward for putting me onto them

The funk/soul music scene in Melbourne is thriving and has been for a number of years now. There is no shortage of bands and artists in the scene and while the calibre of most is of the highest order it can be difficult to stand out in the crowd.
The Putbacks however, have no such problem. While they have been around for a number of years now, this is their first full length non-collaborative release.
The thing that makes this band stand out (aside from their musicianship) is the cinematic elements that come through in their music. This album (simply titled The Putbacks) could easily be the soundtrack to some kind of 60's James Bond-esque spy thriller. Trying to imagine the storyline to this imaginary movie while listening to this record is half the fun!
P.S. They're also a freaking awesome live band. Check out this rendition of their song Kung Fu Pyramids from their album launch earlier in the year for proof.

Nathan Beretta is a man whose blues guitar stylings are some of best around Melbourne town, and even though at times he sounds a little too Stevie Ray Vaughan-ish it's more a case of wearing his influences unashamedly on his sleeve rather than trying to clone a particular sound. One of the founding members of the award winning Blues Eyes Cry Nathan has struck out on his own and released the aptly titled Where I Belong.
This album is simply infectious! It boogies, shuffles and grooves in all the right ways and in all the right places. Unsurprisingly the guitar playing on this release is a big focus is front and centre in the mix, but what is perhaps surprising is the quality of the Vocals. While it's unlikely you will see Nathan on any TV singing competitions in the near future, he has a distinct singing voice which he uses to great effect on this album.
While I have thoroughly enjoyed the 2 releases by Blues Eyes Cry to date with the smoking Vocals of Isuela, who would probably be in with more than a fighting chance of winning any singing competition she was to enter, if this is what we can expect from Nathan Beretta solo releases I look forward to hearing the next one.

Naxatras hail from Thessaloniki, Greece. They play heavy instrumental rock music inspired by all the classic rock bands of the 70's that rock music aficionados love and they do it very well.
In a similar way to how the soul music scene in Melbourne is going from strength to strength the Stoner/Psych/Desert Rock scene in Greece is perhaps one of the strongest in Europe.
The 7 songs on this Album have a total running time of 60+ minutes meaning you can expect to hear some extended fuzz laden riffs of epic proportions. Simply titled III this release should be used as the measuring stick for all other bands playing this style of music.
P.S. While you're looking into this release check out the live album from their launch gig in Athens.


Universal Hippies are another instrumental Psych/Stoner band from Greece, this time from the small city of Kavala.
While this band still falls comfortably under the Stoner/Psych banner their music is somewhat more atmospheric than their counterparts. Heavy riffs still abound on the sophomore release Evolution Of Karma but there are a few more mellower moments which allow the lead guitar work of Stavros Papadopoulos to shine through.
This album will appeal to stalwart fans of the genre but will likely appeal just as much to fans of instrumental lead guitarists such as Joe Satriani and Steve Vai. If you are looking for a rock album with plenty of heavy riffs but also fantastic melodic lead guitar work then look no further than this album. P.S. Thanks to Steve of Fret Net for introducing me to their music.