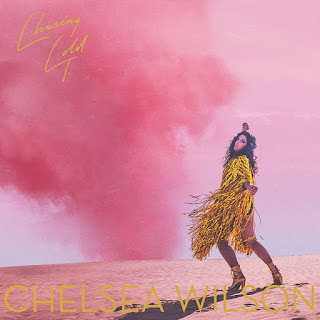 Roughly 5 years ago Chelsea Wilson released her stellar debut album I Hope You'll Be Very Unhappy Without Me. The release of this album coincided with the beginning of my "career" (and I use this term VERY loosely) as a DJ playing tunes in local bars around Melbourne town. At the time, my collection of Vinyl records that you could dance to was very limited and I Hope You'll Be Very Unhappy Without Me had more than a few danceable tunes on it so I used it A LOT! At the risk of sounding like I am exaggerating, I lost count of the amount of times someone come up to me while spinning this record to ask "who is this?" If that isn't the sign of a quality release/artist I don't know what is.
Fast forward to 2019 and Chelsea's sophomore album Chasing Gold has finally been unleashed onto the world. Chasing Gold is a very different animal to I Hope You'll Be Very Unhappy Without Me which is immediately evident from the moment you hear the (sublime) Golden Age of Hollywood Movies style strings that introduce the album. While both albums are designed to get you shaking your booty on the dance floor Chasing Gold owes more to 70's Disco/Funk/Boogie than it's predecessor which was straight out Melbourne style Soul music. Over the years Disco has had more than it's fair share of critics and while some would say deservedly so, just as many would say the opposite. Listening to this album there's no doubt as to which side of the argument Chelsea is supporting as she unashamedly embraces the genre causing even the hardest Disco critic to reconsider their stance. The biggest compliment however that can be paid to this album is that it contains some of the finest examples of "songcraft"  (a term which gets bandied about far too frivolously for my money). The attention paid to the songwriting and arrangements of these 9 songs is evident and the results are there for all to see. I expect this album to garner many more "who is this?" comments from Melbourne pub goers once I finally get my paws on a copy. In the words of one reviewer on the bandcamp.com website "Loving this! More please... a lot more!"
P.S. The addition of the song "Word Is Out" as a bonus track is the perfect homage to one of Chelsea's musical heroes Kylie Minogue and a great way to round out the album

Posted by Musicman at 11:59 No comments: